Wednesday, October 16th, 8:00 p.m: The Night of the Forest, with Efacio Álvarez and Clemente Juliuz, nivaclé artists of the Paraguayan Gran Chaco.

Traveling for the first time outside Paraguay, Efacio Álvarez and Clemente Juliuz share with us, during this exceptional evening, the richness of their culture and testify to the irreversible changes in their environment and their traditional ways of life on behalf of their community.
Screening of the documentary Como pez en el monte [Like a Fish in the Forest] directed by Fernando Allen and Fredi Casco.
Meeting moderated by anthropologist and curator Ursula Regehr and photographer Fernando Allen.
Reservation 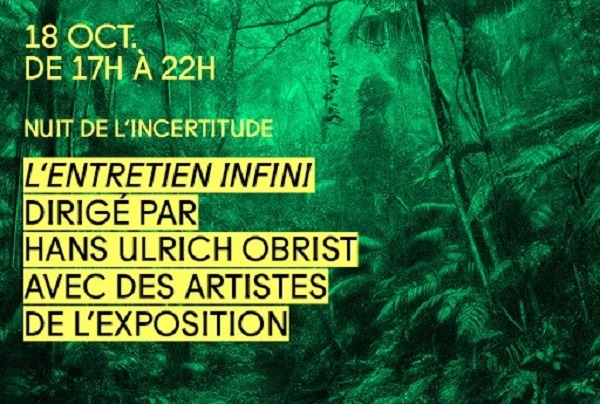 Friday, October 18, from 5 to 10 p.m.: The Infinite Maintenance, directed by Hans Ulrich Obrist

Hans Ulrich Obrist will meet artists, scientists and philosophers who have developed a strong and intimate connection with trees and who are, for the most part, associated with the exhibition. We Trees.
With Emanuele Coccia (philosopher), Bernie Krause (musician and bioacoustician), Tony Oursler (artist)...

This new Infinite Interview will also be an opportunity to present the book bringing together all the interviews conducted by Hans Ulrich Obrist at the Cartier Foundation since 2014. A signature will be proposed at the end of the evening.
Reservation 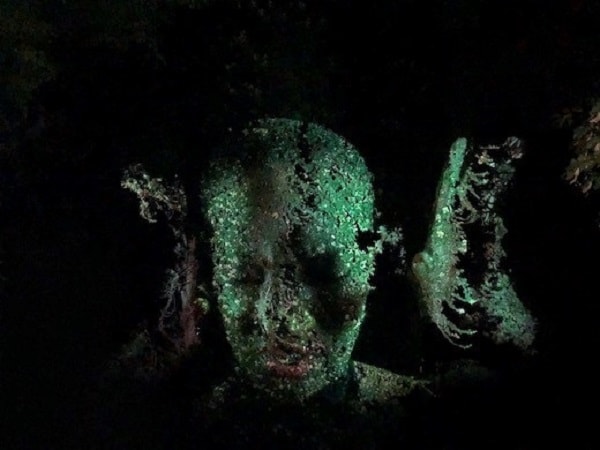 Until 20 October, an extra night is also offered on Thursdays (until 10 pm).).
Inauguration on October 15 in the presence of the artist Tony Oursler, " Eclipse "Pioneer of video art, the American artist Tony Oursler exhibits his ingenious devices between sculpture, installation and performance all over the world.

As part of the exhibition Nous les Arbres, Tony Oursler creates Eclipsea monumental video installation projected onto the trees of the Cartier Foundation's garden. At nightfall, come and rediscover the garden metamorphosed by the artist's phantasmagorical imagination.

It is more beautiful to light than to shine only