Bad news is piling up day after day about the global evolution of the coronavirus. Confinements are taking hold in the daily lives of hundreds of millions of people on every continent. Everybody's lives have changed in a matter of handfuls of days. Priorities are being turned upside down and everyone is faced with their own existential questions. Yet we must not sink into panic or despair. Life goes on and the future will inevitably be changed by the current crisis. Good news manages to squeeze through the gaps left by the burning news. It brings optimism and hope for our future. Here is a small catalogue of reasons to remain optimistic despite everything. 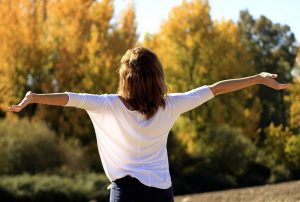 Containment measures, quarantines, and the abrupt halt of economic activity in many countries has an immediate consequence: a dramatic decrease in air pollution. An environmental resources economist at Stanford University has made calculations based on the latest data. According to him, it is very likely that the lives saved by reducing pollution exceed the deaths caused by COVID-19. This is particularly the case in China, where, according to the researcher, in two months of reduced activity, the lives of 4,000 children under the age of five and 73,000 adults would have been saved.

The Venice lagoon is breathing and the fish are coming back. 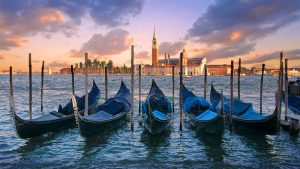 The containment measures that shut down Italy are having a beneficial effect on the Venice lagoon. The local newspaper La Nuova di Venezia e Mestre, states that the famous canals of the City of the Doges have indeed regained their former clarity. In some areas, schools of fish have even been spotted. One week of total confinement was enough. It must be said that the confinement stopped the circulation of speedboats and vaporettos in the maze of Venice's waterways, which had an immediate consequence. According to the natives, one could now bathe in the canals, as the Venetians did in the 1950s

In China, the epidemic counter falls to zero. 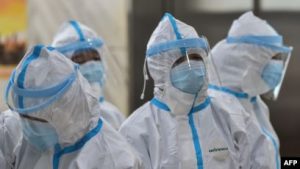 The Chinese authorities announced on Thursday 19 March that they had not recorded any new local cases of patients infected with the coronavirus. The counter has finally fallen to zero and this is a first since the outbreak of the epidemic and the extraordinary quarantine measures that so astonished the world. The Chinese are reopening public places, closing their hastily assembled field hospitals and gradually resuming work. Airport employees are being asked to return to work on Thursday 19 March in view of the imminent opening of air traffic.

Admittedly we should not shout victory too quickly, as this coronavirus seems to be sneaky, but the trend seems to be going in the right direction. Since the beginning, China says it has recorded 80,928 cases, of which 70,420 have been cured.

A little break for the climate: reducing greenhouse gas emissions

In these times when time is suspended, the climate benefits from a break. Since the emergence of the coronavirus, several countries have seen a significant drop in their greenhouse gas emissions, in some regions by as much as 45%. A map of carbon dioxide emissions in China before and during the epidemic has been widely distributed, showing that when humans stop producing and circulating, the planet breathes and regains colour. A respite, just a respite, that will only last for the duration of the epidemic, because CO2 emissions will start to rise again as soon as the constraints are lifted. The Secretary General of the United Nations, António Guterres, wishes to recall : " We will not fight climate change with the virus, " because the climate change caused by greenhouse gas emissions is here to stay. We must never slacken our efforts. But what this drop in emissions shows is how quickly we can change our impact on the planet. A lesson to ponder.

Wild animals have a break. It's good for biodiversity 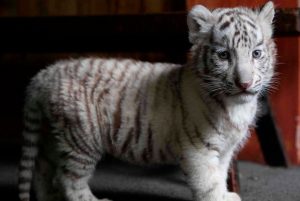 Beijing announced on February 24th a complete ban on the trade and consumption of wild animals, a practice suspected to be at the root of the coronavirus epidemic. The Standing Committee of the Chinese Parliament approved the proposal to " abolish the bad habit of over-consuming wild animals and effectively protect the health and life of the population ". A recent analysis of the approximately 32,000 known species of terrestrial vertebrates showed that about 20% of them are bought and sold on the world market, legally or illegally. This represents more than 5,500 species of mammals, birds, reptiles, and amphibians.

" This health crisis should serve as a wake-up call, " hopes the World Wildlife Fund (WWF) in a statement, " for the need to stop the unsustainable use of endangered animals and their parts as exotic pets for food consumption and for their perceived medicinal value ".

In France, we remember that research is crucial. 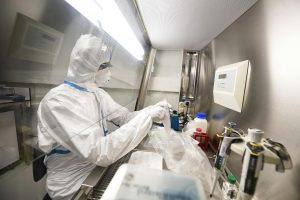 Visiting the Institut Pasteur on Thursday 19 March, President Macron announced a €5 billion increase in the research budget: " The crisis at COVID-19 reminds us of the vital nature of scientific research and the need to invest massively for the long term. I have decided to increase our research effort by 5 billion euros, an unprecedented effort since the post-war period. "he says on Twitter.

General mobilization in fashion and luxury 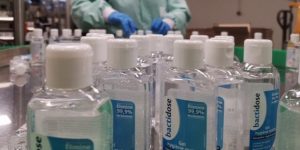 From LVMH to L'Oréal and the small French manufacturers, the time has come to help each other in the fight against the coronavirus. During the last wars, industrialists had put their production lines at the service of armies. The fight against the coronavirus is a war, said the Head of State, and today it is the luxury sector that is mobilizing. L'Oréal, Dior, Givenchy, and Guerlain are restructuring their perfume and cosmetics production lines to produce a hydroalcoholic gel, which is currently sorely lacking. Some evil spirits are crying out for a marketing coup, but the employees of these groups say they are happy and proud to serve a cause of general interest.

At the same time, a number of small fashion designers began to make protective masks in Normandy, in the North, the Great West. The seamstresses of the production lines hope to produce 400,000 to 500,000 masks per week.

The return of the kitchen to the family

Anxious, idle, but also naturally inclined towards the pleasures of the table, millions of Italians and French, confined to their homes by the pandemic, are turning in one direction: their kitchen. According to the agricultural union Coldiretti, many Italians are cooking during this period of forced idleness, as flour sales have increased by 80% since the beginning of the national confinement decided on March 9. " This is a boom for bread, pasta and home-made cakes for Italian families," the organization said in a statement. The increase in sales of sugar (+28%) and milk (+20%) also reflects this trend, according to data provided by the Coop supermarket chain, quoted by Coldiretti. Return of home-made food, good local dishes; a salutary thumb of the pandemic to our fast food and junk food habits?

Coronavirus on an opera aria

To finish (provisionally) our review of the reasons to remain optimistic in these difficult times, the Italians have found music and singing as an escape from their anguish. Clammed into their homes by confinement, they go out on their balconies in Rome, Naples, Milan, everywhere, and sing in heart, in duet or solo. A great way to encourage each other and keep their spirits up.

To be continued... hopefully.

The race for vaccines and treatments is accelerating

Coronavirus: These deficiencies are a political responsibility