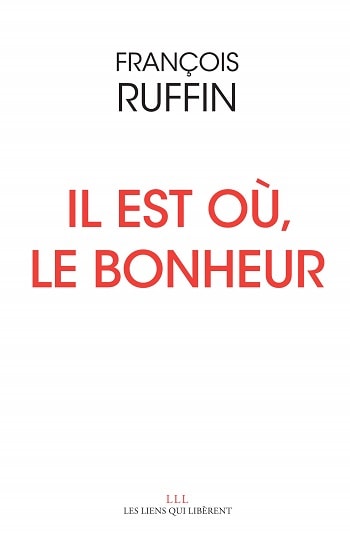 François Ruffin positions himself here on the climatic and social emergency, with back and forth between past and present. A hard-hitting book that addresses youth (and others) so that the struggle and hope give birth to a real ecological popular front.

Now this imperative, saving the planet, would bring us all together? Rich and poor? Damned of Earth and shareholders? All united against the ongoing catastrophe? That this new spectre, global warming, would extinguish the "class war"? On the contrary, it seems to me.

On the contrary: the ecological crisis is sharpening and strengthening this struggle. The "war" is no longer just about living standards, but about life itself. We are engaged in a struggle, "earthlings" against "destructive forces", general interest against multinational corporations. We have adversaries, and they are organized, with battalions of lawyers, lobbies, editorialists, elected officials, right up to the top of the States.

Illuminating himself "in the light of Jaurès", François Ruffin reopens a path to the left. With questions: Do we want an ecology of consensus or conflict? Should we go through the streets or through the ballot box? From the top or from the bottom? And above all, how can we turn the lead of anguish into the gold of hope?
Where is happiness, and progress, and the meaning of existence now, in times of collapse? "We must change. It's a survival imperative. So let us make a virtue out of this necessity, what chance do we have: not just to survive, but to live well. »

François Ruffin is a journalist, founder of the newspaper Fakir and deputy of the Somme since 2017. He is the author of many books including This country you don't know, Little Soldiers of Journalism, North End... or Their big scare.

The city in common: From commons to municipalism

Latest articles in Our book selection