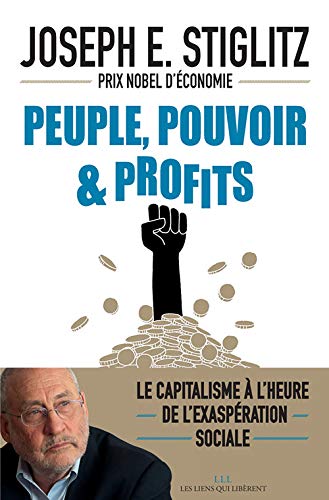 Here is the great indictment of Nobel Prize winner in economics Joseph E. Stiglitz against the infernal dialectic of power and profit.

For several decades, Joseph E. Stiglitz has been developing a strong critique of neoliberalism. He mocks the blind faith in free and unfettered markets. He castigates globalization, which strangles developing countries. He condemns the free movement of capital, which leads to financial crises. It warns against growing inequalities.
All these policies are desired by large corporations: thanks to their "market power", they exploit both their staff and their customers to increase their profits. And these profits allow them to "buy" political power to legislate according to their desires, not in the interest of the people. But the people can't take it anymore and want it to change.

Demagogues then enter the scene who, in order to exploit the anger of the people, develop a critique of superficial globalization, far removed from that of Stiglitz. Made up of hostility towards migrants and protectionism, it ensures broad support for them among the victims of deindustrialization. But these new populists also have the support of big business, and for good reason: they work for it, for example by providing massive tax cuts and deregulation.

For how long? In this book, Stiglitz does not limit himself to a fine analysis of the major current Western problems (the anaemicity of the economy, the power of monopolies, the mismanagement of globalization, abusive financialization, poorly controlled technological change and the role of the State). After which it also proposes a radical turnaround, a progressive economic and political programme, "diametrically opposed to Reagan's and Trump's. »

If a house is divided against itself, that house will not be able to stand.
Mark 3:5; Abraham Lincoln

For the former Nobel laureate in economics, " we've lost our way "...political democracy must be restored in the United States and in the world, where " the rights of the majority are not respected "and build a great social policy around a strong idea, "public opinion ». For it is only by tackling the power and profits of big business head-on that the people can finally hope to live decently.

Joseph E. Stiglitz, Nobel Laureate in Economics, was Chief Economist of the World Bank. He has published widely, including The Price of Inequality or The Triumph of Greed (The Bonds that liberate).

An ecological currency to save the planet, by Alain Grandjean and Nicolas Dufrêne

The economics of nature by Alain Deneault - LUX Editeur, September 2019 -

Fossil Capitalism From the COP farce to the climate engineering of

In order to contribute to the information effort on the current coronavirus crisis, UP' proposes to its readers a free entry to the latest published articles related to this theme.