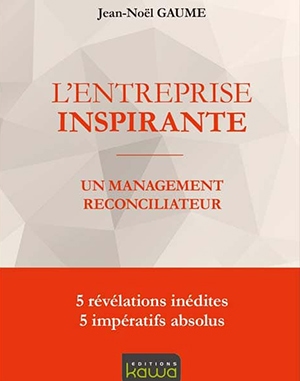 Dn the Company, motivation must be read through a reading grid that must be dissociated from remuneration. Motivation is the powerful energy that drives individuals and groups, that leads them to achieve things beyond the common capacities of "ordinary people".
For many people, money appears to be an essential factor in their adherence and motivation. This is not the case. Already in 1947, Frédéric Herzberg - author of a theory that links motivation at work to two factors: satisfaction and dissatisfaction - stated: "Money certainly demotivates, but it does not motivate. »
Any situation or activity always provokes a certain level of frustration related to the situation itself. This can be cold, heat, noise, aggression of all kinds. It also brings satisfactions linked to the activity or the consideration attached to it. When the satisfactions are greater than the frustrations, there is energy available, therefore pleasure, and this pleasure comes essentially from the positive relationship. Individuals "walk" on compliments and encouragement. The relational takes precedence over the factual. If for the individual, facts bring compliments and consideration in addition: he wins. So he keeps playing. If the facts bring reproaches or suspicion in addition: he loses, so he runs away. All human beings react the same way.

The concept of money varies

Depending on the consumption threshold, money has more or less motivational returns. When primary needs are not met, money is a vital commodity and becomes the first criterion of motivation. When one starts out in life or in business, remuneration is a symbol of competence. When the individual is settled and the financial aspect is involved, it becomes symbolic because it is taken as a sign of reinsurance, of recognition. But not of re-motivation. A badly redistributed salary is demotivating, but a well redistributed salary alone does not motivate. If we believe that only money motivates, we will soon be disappointed. And for a long time.
You can't ask money for what it can't give. If I don't enjoy drawing, more money won't make me draw better. If I don't have satisfaction in selling, it's not more money that will make me sell better. If salespeople don't have an appetite to fight for products and for the company, it's not money that will motivate them. The commissions will make them mercenaries, the mercenary being the one who puts his trade at the service of a cause but also at the service of his cause. Then they will sell for themselves and not for the company. And when they are fired, which happens sooner or later, we find tons of corpses in the closet.

Money is in fact just a motivational accelerator, not an engine but a turbo. If, deep down, employees are not happy to work in the company, earning more will not give them more satisfaction. Similarly, if people realize that the fruits of their efforts are not distributed fairly, if they discover that managerial speeches are just words to fool them, then they will be demotivated for a long time to come. The benefits of a successful company are indisputable provided that they are redistributed to each player. If the company does not know how to return a part of the money earned together to its employees in a fair way, it is cheating them. They feel abused, neglected, abandoned and betrayed. It is a conflict of consideration, of dignity. The money we earn is the symbol of the added value we bring to the company.
The truth is that money is an authenticating element when employees see that leadership words are followed by deeds, that they have real weight just as much as compliments. Money is one of the factors that accredits and gives credibility to managerial discourse, but it does not manufacture motivation. Today's employees in companies are asking for more meaning, well-being, projects, skills, autonomy and decision-making power. Money has to come in to complete the system.
The inspiring company is a book intended for all those (entrepreneurs, executives, managers, coaches, educators) whose ambition is to develop 21st century management, a collaborative and reconciliatory management through which the postmodern world will be built and which awakens the utopia that is missing today, towards which the younger generations aspire and which will be the reality of tomorrow.
Through 5 new revelations and 5 absolute imperatives, this book aims to give us the keys so that the coming decades will be those of abundance for free, fulfilled, professional, united and happy generations who will be able to impact the world by having integrated an altruism like nowhere else and what is better, will make Man and human values evolve.
Jean-Noël Gaume is an author and lecturer, specialist in High Performance Management. Fascinated by the world of business as well as the world of high-level sport, and inventor of the reconciliatory management, he is a partial adept of the liberated company without subscribing, he says, "to the elucubrations of those who advocate this liberation without any real rational strategies of instrumentation. »
He has also been an officer of several companies. He received the Prize for the best company management awarded by the Minister of Finance, charged by the Minister of Industry with industrial restructuring, co-founder of ORGAMA, National Delegate Director of CRECI, lecturer, consultant, Jean-Noël Gaume has worked with the largest companies and in all sectors of activity.
"In order to perform sustainably, the company must close one door behind it permanently and open another. It must break out of the dictatorship of the "or" and enter the obligation of the "and" by simultaneously reconciling the interests of the company and the interests of the employees, work and pleasure, money and well-being, professional commitment and quality of personal life. »
The Inspiring Company - KAWA Editions. 224 pages. Price : 23 ,95
Share
Tweet
Share
WhatsApp
Email
Print
Login
0 Comments
Inline Feedbacks
View all comments
Previous article

Metamorphosis of managers in the digital and artificial intelligence era

The Earth is overheating