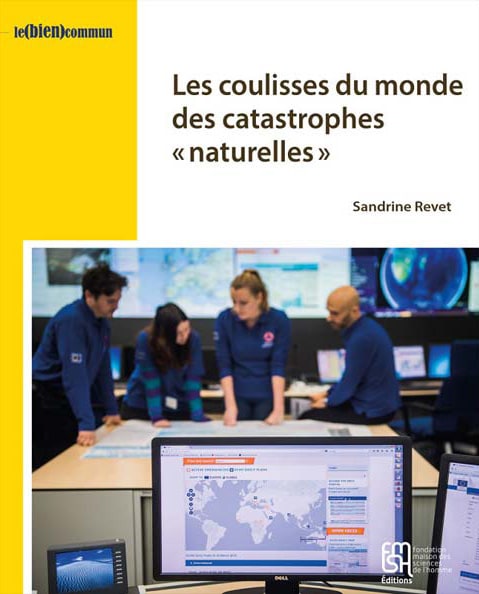 Sandrine Revet's Behind the Scenes of the World of "Natural" Disasters

Based on a long field survey, this book reveals how environmental disaster management works in practice, from the UN offices to the countries concerned. From Cyclone Bhola in 1970 to the Tohoku and Fukushima disaster in 2011, via the 1988 Armenia earthquake, Hurricane Mitch in 1998 or the 2004 tsunami in South-East Asia, an international world of so-called "natural" disasters has gradually emerged. Why "natural"?

Since the 1990s, natural phenomena - earthquakes, hurricanes, tsunamis, volcanic eruptions - are no longer considered to be solely responsible for disasters: human activity increases the vulnerability of territories and inhabitants to disasters, which it is therefore no longer acceptable to attribute solely to nature.

The social world that is being built around these disasters is composed of many actors from various backgrounds: first-aid workers, NGO professionals, diplomats, scientists... To form an "international disaster government", they had to develop common norms, standards, tools and language in order to harmonize divergent or even competing ways of doing things.

This book, which is the result of a seven-year ethnography among the actors of this world, gives an account of this ongoing work and brings out the main tensions that animate it: between preparedness and resilience, prevention and emergency, technology and traditional practices, hierarchical command and horizontal organization, hazard-centric paradigm and vulnerability paradigm .

The regression of democracy and the outbreak of violence