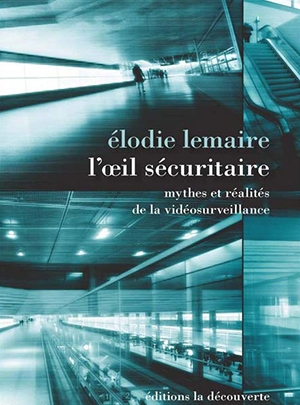 CCTV cameras are everywhere: public roads, workplaces, apartment buildings, businesses, public transport, schools, homes, the list goes on and on... While this security frenzy has been the subject of much criticism, it still conceals its real flaws: systemic, technical, legal. For the legal fragility of the systems, their unequal distribution over the territory and their technological limitations are all aspects studied here that remained in the shadow of the security criticisms.
Dince the 2000s, video surveillance and video protection cameras have invaded our urban landscape. Much has been written about this new way of protecting the population. However, the dominant prisms (security versus freedom) and the images used (from Panoptique to Big Brother to Minority Report) say more about the collective fantasies than about the concrete realities of this system.
In this investigative narrative, which is as close as possible to the experiences and representations of public and private actors who use video surveillance on a daily basis, Élodie Lemaire examines the preconceived ideas on this security eye to better identify its real dangers. By taking us into the control rooms and backstage areas of the courts, the author shows that the uses of video surveillance are far from conforming to her reputation as the "Swiss Army knife of security" or the "queen of evidence". However, these limits conceal many other very real excesses, such as the trivialisation of an ideology that is gradually building our security vision of the social world.

During my research, I have often heard it said: "With the right in power, cameras grow like mushrooms! "This statement contains three prejudices that were quickly dispelled by the investigation. First, political colour is not decisive. Rather, video surveillance appears "as the proof of local configurations without it being possible to identify simple determinants".. "Second, the development of the cameras is not just an injunction from above. It goes beyond national promoters and involves not only local politicians, but also private security providers, consulting firms, municipal employees, neighbourhood committees, public transport companies, shop managers and police officers. Finally, one must be wary of a perceptionist view of changes, however spectacular they may be. Cameras are not everywhere. A look back at the genesis of the implementation of the system in the city where I conducted the study bears witness to this. »

Too many people, too many polluters, too many consumers ... where are we going?