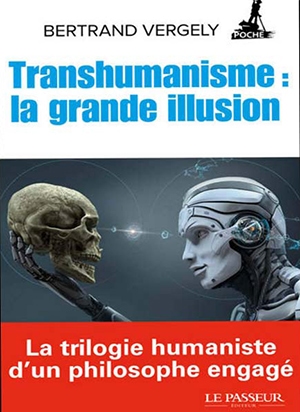 Cand book brings together three major essays by Bertrand Vergely on transhumanism and its excesses. An uncompromising and salutary reflection.
Humanism is twofold. If it is the sense of respect for man and his dignity, it can also be the manifestation of man's pride in making him an all-powerful God-Man through science and politics. When this is the case, instead of evolving towards democracy, it regresses towards nihilism and totalitarianism.
Because democracy is a precious regime that must be preserved, it is important to separate humanism from the temptation of God-man by warning it of three dangers that threaten it. The utopia of an egalitarian, free and secure world in which everything is taken care of by a sovereign state shaping minds in the name of happiness; the utopia of a reconciled world in which the marriage between capitalist consumerism and totalitarian communism, promoted as the new religion of humanity, triumphs; the utopia of a world freed from the shackles of nature and reality thanks to the appearance of humanised robots, destined to become not only the leaders of tomorrow's world but also the emotional partners of an increased humanity.
In this committed work, Bertrand Vergely brings together his three major books on the question of transhumanism, an uncompromising and salutary reflection.
Bertrand Vergely is a philosopher. He teaches in preparatory classes in Orléans and at the Institut Saint-Serge in Paris. He is the author of a large number of general philosophy books and essays, including The power of wonder (Le Passeur, 2019). He also co-wrote with Marie de Hennezel A life to give birth to.
Share
Tweet
Share
WhatsApp
Email
Print
Login
0 Comments
Inline Feedbacks
View all comments
Previous article