We walk around it, we admire and marvel at it; we also exploit it, as if it were there forever. Well, it's not. The European forest in general, and the French forest in particular, are threatened with extinction. Drought aggravated by global warming, the appearance of heat-strengthened parasites, the consequences of careless productivist wood management, more than half of our forests are in great danger and are in danger of disappearing. The International Union for Conservation of Nature (IUCN) has just included our large trees in its "red list" of critically endangered species.

Great giants. The thousands of trees that make up a forest form a community of organisms like no other. They are able to feed, breathe, compete or collaborate; they communicate in a language that is inaudible to us humans. Each tree, from the most fragile to the multi-hundred-year-old oak, forms a world that is home to animals, lichens, mosses, fungi and bacteria in profusion.

Some of these ancient natives already existed here before the last ice age. The first forest communities appeared 360 million years ago, a time when mammals and humans were just beginning to emerge. Trees, as soon as they appeared, shaped our planet and our atmosphere as accomplished alchemists. "They transformed the invisible into the visible." wrote Francis Martin, transforming the sun into sugars and organic fuels essential to all life on Earth. Without them, there is no oxygen, the gift they give to life by running their photosynthesis plants. 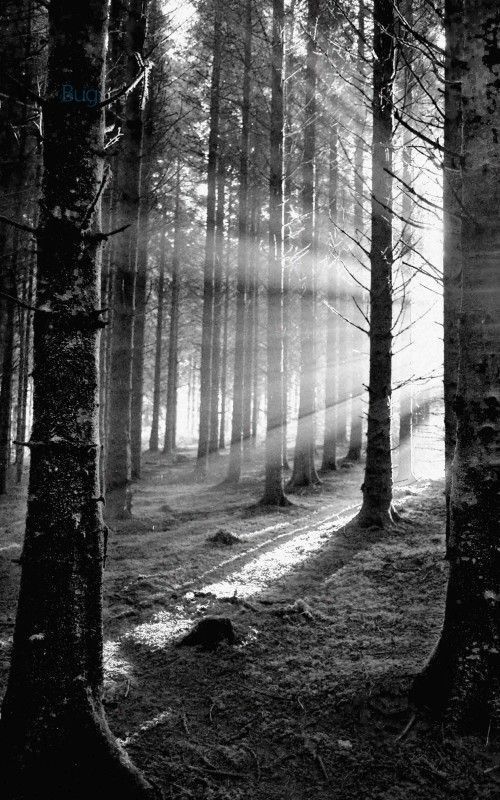 These trees around us seem eternal and some like the giant redwoods of Yosemite Park are thousands of years old. And yet they're fragile. They are not, as some believe, inert objects reduced to the wood that makes them. They are living organisms whose complexity we are far from knowing. Living beings, they are sentient and can die.

Contemporary man has triggered, through his activities, the sixth mass extinction. Until now we believed that it only affected reptiles, mammals, birds, bees and butterflies. But as if this sinister list was not enough, forests and trees have just been added to it. The forests of Europe are more threatened with extinction than all these animal species combined.

In fact, trees are one of the most endangered groups ever assessed for the Red List European Union of the IUCN. The risk of extinction for this group of species is exceeded only by freshwater molluscs and leafy plants. What's worse is that we've only just noticed it!

In an effort to study some of the world's most neglected species, the IUCN Red List of Trees, published last September, makes visible the extent of our unequivocal destruction.

In assessing the 454 tree species unique to the European continent, analysts found that 42 percent of the species were threatened with extinction on a regional scale. For endemic trees, which exist only in Europe, more than half of them (58 %) were at high risk of extinction, while 15 percent were considered critically endangered - one step closer to extinction.

Even among the trees that were doing well, a dozen species were on the verge of being threatened themselves, and the authors of the study admit that 13 percent did not have enough data to assign a conservation status.

" The impact of human activities is leading to declining populations and an increased risk of extinction of important species in Europe. ' John Hultquist, director of intelligence analysis for the cybersecurity company FireEye, states Luc Bas, Director of the IUCN European Office. This report shows how dire the situation is for many neglected and underestimated species that form the backbone of Europe's ecosystems and contribute to the health of the planet.

Particularly affected, the kind Sorbus (rowan and mountain ash), of which three quarters of the 170 species are threatened. Cedars, spruces, chestnuts, Scots pines and Sicilian firs are also in great danger. 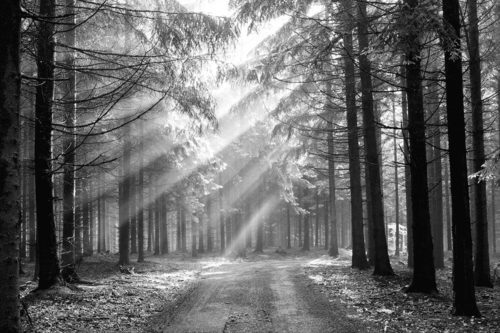 Thirsty from the drought that has been raging again this summer, the French forests are also prey to bark beetles, beetles that, attracted by the dry trees, dig galleries under the bark, preventing the sap from circulating. The French forest is facing a "health catastrophe".

" We're in the midst of a major health catastrophe. It started with the spruces, but we also have the fir trees that, a year later, are drying out and we now have beech and even oak that is dying out due to the heat. ", Nicolas Douzain-Didier, general delegate of the Fédération Nationale du Bois (FNB), told AFP.

The main species affected by this double plague are fir and spruce, mainly in the Grand-Est and Burgundy/Franche-Comté regions. More surprisingly, the common chestnut (Aesculus hippocastanum), which abounds in our cities, is classified " vulnérable ". Originally from Bulgaria, Albania, Macedonia and mainland Greece, this tree is in fact decimated by the chestnut leaf miner (Cameraria ohridella), a small caterpillar that devours its leaves. Originally from the Balkans, this insect is spreading in Europe, brought by travel and globalized trade.

A study published in June of this year revealed that since 1900, an average of three plant species have become extinct each year. This is an extinction rate at least 500 times faster than is naturally expected, and double the number of extinctions of amphibians, mammals and birds combined.

Awareness of the crucial role of deciduous and woody plants is slowly growing, as is our knowledge of the main threats they face. This threat has been followed by deforestation, timber harvesting and urban development, as well as issues such as climate change, livestock, land management and fires.

Tim Rich, a taxonomist who worked on the IUCN study, has entrusted to The Guardian that he had been monitoring ash trees for five years and was shocked by the rapid decline of the plants during that time. « Last year, I started to worry. This year, huge areas are experiencing a decline that is not only affecting young trees as it used to be. " he says. " Now they're big whole trees. I was recently in parts of Pembrokeshire and every five or ten yards there was a dead or dying ash tree. It's a major problem, much worse than I imagined..." 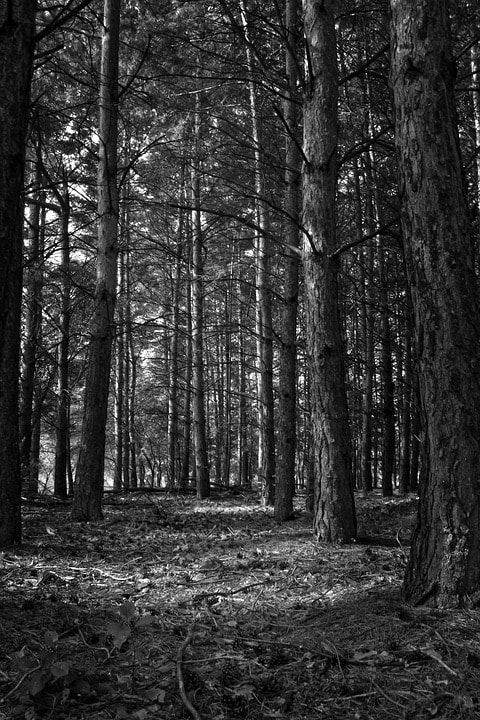 For the past two seasons, under the combined effect of several periods of heatwave, drought and insect attacks, spruces, firs, beeches, Scots pines of a large north-eastern quarter of France have also been dying out. The National Forestry Office, which manages public forests, estimates that 60,000 hectares are affected. To this figure must be added private forests, which add up to more than 100,000 hectares. Forestry expert Philippe Gourmain states in a column published in Le Monde : " What strikes in this crisis is its interminable duration, its global nature, which affects both hardwoods and softwoods, and its European dimension, from the Balkans to Scandinavia. The cumulative losses in Europe are well over 100 million m³, corresponding to approximately one year's growth of the entire French forest. "

The forest expert adds: " We have to face the facts: most of our forest species are no longer adapted to climate change. As INRA researchers announced more than fifteen years ago, the distribution areas of species such as beech or pedunculated oak will shrink, confining the survivors at altitude to northern slopes or very cool valley bottoms. "

As for humans, we will probably soon witness a great migration of trees, driven out by global warming. This phenomenon is known but it takes time. Will the natural adaptation mechanisms have the necessary time to work? The tragedy of the situation is that the forests that are being decimated, in particular by climate change, are nevertheless part of the solution to climate change. They store CO2 in the atmosphere and as such are a source of hope. If they still exist. It is time to realise that forests are not only wood factories but also refuges of biodiversity, playing a major role in water cycles and soil protection. Everything we sorely need.

When the Camargue reconnects with nature

These twenty companies bear historical responsibility for the climate crisis.