It's like an SOS launched into the waters of the Loire. A way of taking the river to witness our own destruction. The first hearings of the Loire Parliament which were held on October 19th, in the small Saint Libert chapel in the historic heart of Tours, propose to establish a new political practice to govern the living. To find the institution that could assert a nature that defends itself.

" Our Loire suffers and becomes a desert of sand as we saw this summer: it is a great witness to the ecological questions of the anthropocene. "underlines Maud Le Floc'h, director of the Polau, art and urban planning centre in Tourangeau. She has joined forces with the writer and lawyer Camille de Toledo to look for ways of making a parliament of the Loire, with the support of the Mission-Val de Loire, the Agence Ciclic (regional agency of the Centre-Val de Loire for books, images and digital culture), COAL art and ecology and the Centre-Val de Loire region as part of the programme Viva da Vinci-500 years of Renaissance(s).

The intuition is excellent: while the young people behind Greta Thumberg complain about the threats to their living conditions, it is useful to look for catches to promote the ecosystems on which we depend. At a time when a living species disappears Every 20 minutes, when nearly 58 billion mammals and birds are killed every year, the time has come to concern ourselves with the legal and political status of "non-human" living beings, embarked like us on a world in peril.

Who's willing to die for Loire ?

For this first hearing, the presence of sociologist Bruno Latour was obvious. The author of the Parliament of things has been experimenting for ten years with political fictions: climate tragicomedy Gaia Global Circus in 2003; Climate Conference Make it work ; Cosmocolossus and Inside, a performance lecture. For him, " There's no common world, you have to make it up. ». The one who argued that " we've never been modern "The Loire is not a thing, it overflows and its floods are feared. If modernity has wanted to transform agents into objects, we are not fooled: let's listen instead to how researchers manage to make this river speak, to describe its behaviour...

Camille de Toledo explores legal forms to express a "non-human we". He gives the example of the guardianship that exists in law to protect humans with disabilities. It evokes forms of mobilization or occupation to create solidarity with territories. This is being developed east of Orleans to fight against the construction of a new bridge that is leading to spectacular deforestation (In the magazine Terrestres - Threats on the Loire: The bridge too much, Sept. 11, 2019). « We are the Loire that defends itself " say the opponents... But Bruno Latour is cautious: " we do not have here a situation at all comparable to that of the indigenous people of the Whanganui River or the Colombian communities who have just obtained protection for the Atrato River along with their biocultural rights. ». It is the dependency of these peoples on this river basin that has put an end to illegal mining and deforestation in the Choco region. He said we cannot replicate this kind of approach. 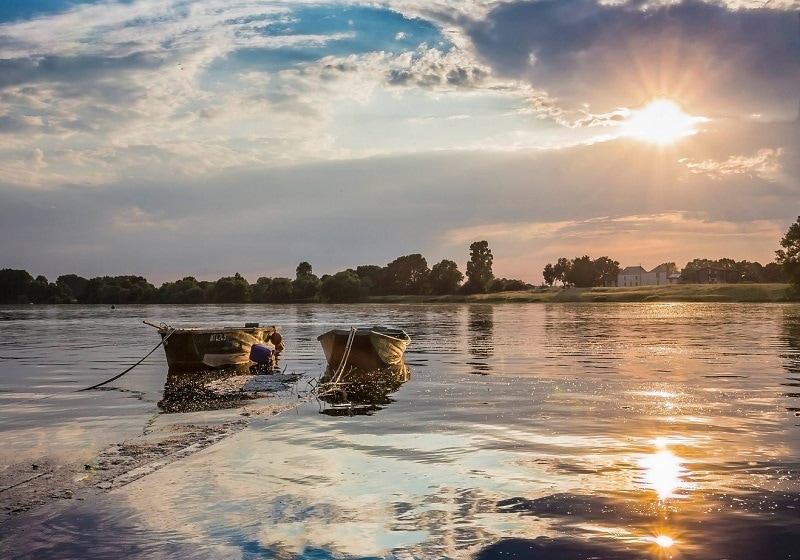 Leaving our complacency to enter into solidarity with the living

The author of the famous " Where to land? How to get into politics? "considers that  "it is man's concern for non-human beings that makes them exist".... " It is not a question of representing non-humans, even if it seems useful as fiction, but of presenting ourselves to them, dressed in a sack and covered with ashes. ». The metaphor is powerful: it is indeed to a conversion of our way of living in the world that Bruno Latour calls us! Losing our sufficiency to hear, to grasp and consider all our dependencies... An idea dear to Michel Serres who wrote in 1990: "There is no human collective without things."it is necessary that "the world is slowly penetrating into collective decision-making." (The Natural ContractFrançois Bourin Éditeur, 1990).

Camille de Toledo proposes the establishment of a Court of non-humans acting at the interface between the two assemblies to verify the compatibility of the law with the logic of life, respect for biodiversity and carbon neutrality. He defends the idea that it is necessary to move from the democratic age to the biocratic age. This is not Bruno Latour's vision, who concludes by referring to the frescoes dedicated to the Good and bad government from Ambrogio Lorenzetti to Siena. These works evoke the structural dependencies that need to be documented in order to begin to make a common world. « What cultural groups are associated with the Loire, what are its enemies? Which lineages may be compromised if Loire disappears? "asks the anthropologist, who believes that the task of man is to include non-humans in decisions.

Intrications and hybridizations, but up to what vital threshold?

In a second sequence, the archaeologist Virginia Serna gave flesh to the Loire River, flying over it with a drone and descending into its depths. Intrications, shifting sands, silt, floods... have led to the question: shouldn't we rather make a Parliament of water? The landscape architect Bruno Marmiroli and the director Frédérique Aït-Touati have insisted on our ability to listen to the river's manifestations in order to try to deal with it rather than against it. « In the Netherlands, developers are stopping building dykes but are learning to live with the water, underlines Bruno Marmiroli. For the Loire, the prospect of a rise in salinity could upset a number of balances with which it will be difficult to negotiate! Due both to the drought and the rise in sea levels, the phenomenon has already begun, as Nantes draws its water from upstream of its urban area....

Public hearings will continue on 14 December, 21 March 2020 and 16 May 2020, with a view to defining the contours of the Loire Parliament. Various personalities are expected to express themselves, including the anthropologist Philippe Descolathe philosopher Catherine Larrèrethe botanist Francis Hallé but also navigators like the boatman Clément Sirgue or Thierry Bouvet, open Loire map project leader.

This initiative for a Parliament of the Loire echoes the artist's initiative Rocio Berenguer which organizes on February 5, 2020 the inter-species G5, which closes on February 5, 2020. the Nemo digital art biennial. The five kingdoms will be represented: mineral, vegetable, animal, human and artificial (machine). This event aims to question the future of life on earth. It stages hybridizations: dances with connected plants, animal-cyborg and mineral movements, bacteriological attacks and political speeches. « Our economic system is at war with our planet, says Rocio Berenguer. Giving the status of legal subjects to non-human living beings could be a way of considering and respecting other forms of life on earth. ".

Hearings of the Parliament of the Loire : Dedicated facebook page where citizens wishing to take part in this constituent process can already submit their questions, which will be relayed by the members of the Commission during the public hearings. The conclusions will be transmitted to the Assembly, the Senate, the Government and the regions concerned in the fall of 2020.
At the end of the various hearings, the "Information Commission for the creation of a Loire Parliament" undertakes to publish its conclusions and to forward them to the two assemblies, as well as to the government and the territories concerned, as a contribution to a future policy in favour of a more desirable balance between humans and non-humans.

Our forests are in danger of extinction

A billion animals are estimated to have died in the fires of Australia by now.

A mystery of oceanic proportions: Sargasso algae now form a plant bridge between America and Africa.