The cold-water coral reefs of Chilean Patagonia still reveal their secrets. But scientists say climate change and industry are impacting "one of the last wilderness areas on the planet". As part of the global 'Call to Earth' initiative to create a sustainable future, CNN honours biologist Vreni Häusserman, who has dedicated her life to exploring and protecting Chilean Patagonia. For her, " Many organisms will not be identified before they become extinct... ".

In 1997, the Chilean-German scientist Vreni Häusserman went on a research mission to Patagonia, and was captivated by the beauty of the stormy seas and high mountain glaciers. Almost twenty years later, together with her husband Gunter Forsterra, she has already discovered more than 100 new marine species.

Chilean Patagonia is a difficult terrain to explore, made up of labyrinths of fjords, canals and islands. The 90,000-kilometre-long coastline is the scene of violent winds and intense storms. Because the region is poorly mapped, each expedition is literally a voyage of discovery, which has enabled Vreni Häusserman to uncover dozens of new species over the years.

Contrary to what the biologist had learned as a biologist - life is more diverse in the tropics, less close to the poles - the Chilean fjords are a biodiversity hotspot, teeming with neon orange sea anemones and blood red corals. The reason for this apparent paradox, she says, is that fjords are highly variable, ranging from "very salty to extremely fresh water, from intense sunlight to dark shadows, from sheltered bays to wave-beaten shores. This explains why an extraordinary variety of species are able to live so closely together.

But the fjords studied by Vreni Häusserman are under threat. For example, salmon farming, until recently concentrated in northern Patagonia, is moving southwards. Fish farming is an important sector of activity: the industry earns $2.5 billion annually from salmon exports, which represents nearly 5 % of the country's total exports. Fish farming is generally managed in an unsustainable manner, releasing large amounts of waste and chemicals that cause indiscriminate damage to marine ecosystems and species. This pollution is partly responsible for the "destabilization of the ecosystem", according to Vreni Häusserman, and probably contributes to an alarming increase in the mass mortality of animals. There is therefore an urgent need to identify and protect the exceptional varieties of places. But this is not easy. For her, "Taxonomy remains a real problem in the world. We are trying to do our best to make a real classification of the organisms present in the region, identify their location and learn more about the conditions necessary for life, especially if things may change with climate change. Unfortunately, we still have a huge number of species that will not be identified even before they become extinct. »

Explorer committed to the protection of Chilean Patagonia

Vreni Häusserman and her husband are providing the government with information that they believe will contribute to the sustainable use and protection of Chilean Patagonia. In particular, she says the ecosystem is still "so little known" - a factor, she says, that explains why its plight goes unnoticed.

" This is truly the tragedy of the ocean: even if all marine life were wiped out, no one would see it. It's really important to bring these images to people and show them the beauty that lies within. If they understand it, they will love it. And that's when they can take an interest in preserving it. "

Chileans are becoming increasingly aware of these issues. Ecological crises are often an "economic disaster", and the death of fish and shellfish means that fishermen find it increasingly difficult to make a living. 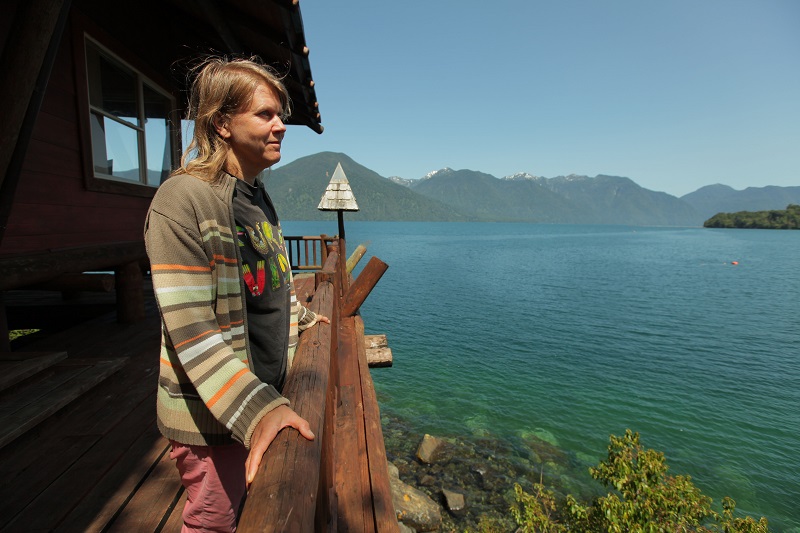 Winner of the Rolex Awards in 2016Vreni Häusserman and her husband lead their expeditions, accompanied by a submersible, to document the ravages of human activities on nature. To explore the waters, they use a remotely operated vehicle (ROV) that can dive to a depth of 500 metres. Their "big dream" is to use a more sophisticated ROV to reach the bottom of the Messier Canal, at a depth of 1,300 meters, which remains largely unexplored: " It's a species extinction issue. It cannot be reversed. A species that's extinct is extinct. As scientists, it is our duty to tell people that the situation is so serious that we must act now."

This article is published as part of CNN International's Call to Earth initiative in which UP' is a media partner. This initiative is designed to report on the environmental challenges facing our planet and the solutions.

Mercosur, the world's largest trade agreement suspended in the Amazon