The whole world is stunned by the images of the giant fires ravaging Australia. Their scale would almost make the fires in California, Russia and even the Amazon almost insignificant compared to the "Monster", the mega fire that is currently raging. The damage caused locally is considerable and still far from being quantified, especially for the fauna and flora. But further damage is to be feared. They are not local, but concern us all, wherever we live in the world. Indeed, Australia's mega fires, by their intensity, will have an impact on the global climate system.

Observers on site in Australia are very impressed by the clouds that are currently developing during the giant fires. Meteorologists recognize them as pyrocumulonimbus. These clouds are created by the heat and smoke of forest fires, forming imposing chimney-like structures that have the same violent characteristics as a thunderstorm.

These lightning-filled clouds are often observed after volcanic eruptions and have been reported during other large-scale forest fires, such as those in California in 2018. Their formation contributes to complicating the nature of the mega-fires from which they originate. They promote what firefighters call "extreme fire behaviour". The fire then skips all containment lines, changes direction and sets off vortices and tornadoes of flames. These clouds are also the source of other dangerous weather phenomena such as "ember attacks," where burning twigs, branches and other materials are carried through the air and fall onto the surrounding area, threatening the lives of people and animals caught in the fire. Two firefighters Australians miraculously survived an ember attack when they were trapped in a blaze on Tuesday 7 January. 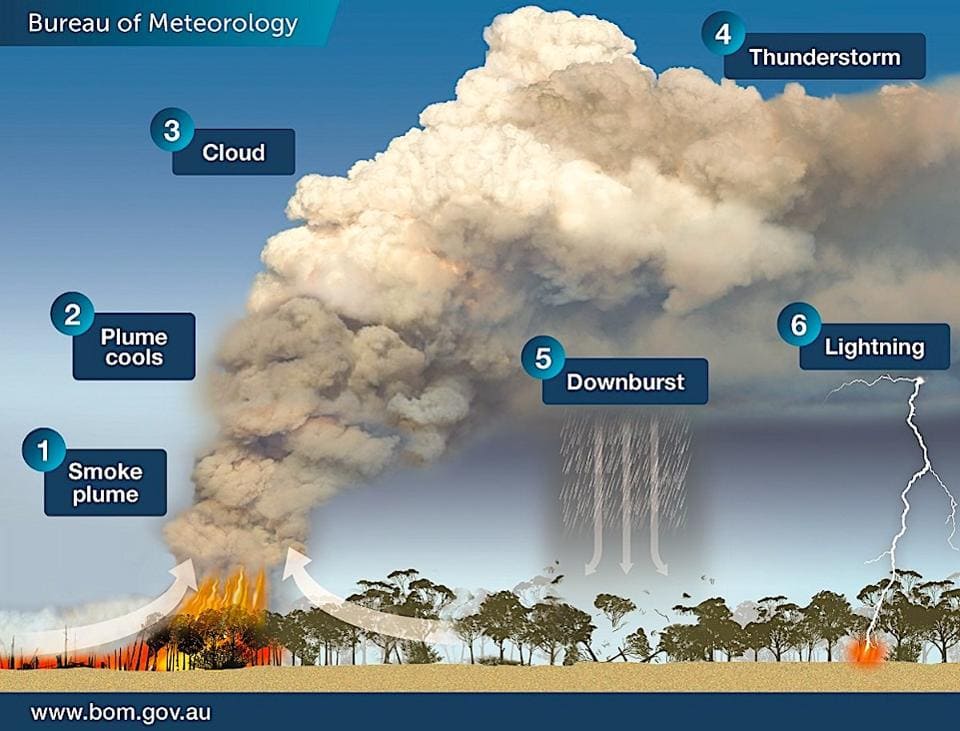 Craig Clements, founder of the Fire Meteorology Research Laboratory at San Jose State University, says the rate of such fire-related clouds in Australia is unique. « This is probably the largest pyrocumulonimbus epidemic on Earth."he said. said.

A chimney to the stratosphere

But these infernal clouds do not only sow terror on the localities above which they form. For, like a chimney, they cause smoke to rise up into the Earth's stratosphere, beyond 20 km in altitude, with "smoke" that is "a great deal". persistent damage« s, according to the NASA. In 2018, climatologists have discovered that these pyrocumulonimbus can disrupt the atmosphere at levels similar to those of volcanic eruptions, by propelling high altitude plumes of smoke that persist for several months after the fires. On January 6, scientists observed that smoke carried by these giant clouds had infiltrated the stratosphere and was already more than 6,000 kilometres long. 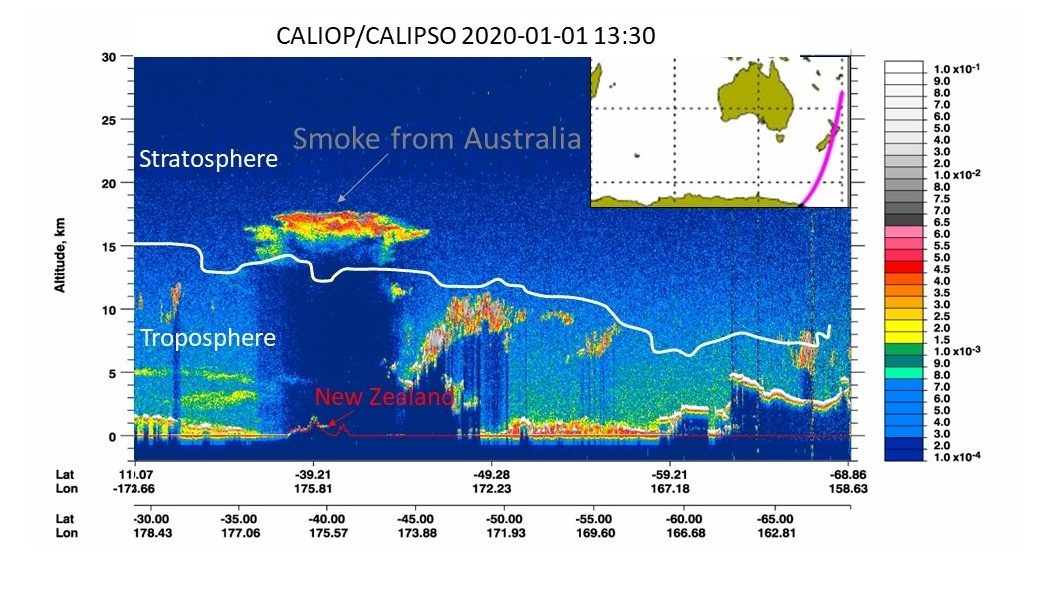 While scientists are familiar with the cloud formations caused by volcanic eruptions, they are more uncertain about the danger to the climate of clouds produced by mega-fires. Volcanic eruptions propel sulphur dioxide which, once released into the stratosphere, reacts with water to create sulphate aerosols. These persist for months or even years and have the characteristic of reflecting sunlight, causing a cooling effect on the climate that can last for years. However, the smoke produced by fires and propelled by pyrocumulonimbus is not sulphur but carbon. The role of these carbon aerosols is still poorly understood and it is not known whether they contribute to cooling or warming the climate system. Some aerosols could have a temporary cooling effect by blocking sunlight, while others, composed of black carbon, would trap heat and cause, according to Inside Climate News...a rise in global temperatures.

Let's go down out of the stratosphere to see what's happening at lower altitudes. Australia's mega-burns are causing damage over long distances. Their plumes of smoke have been carried thousands of miles across the Pacific to South America. People in Chile and Argentina have watched them and marvelled at the crimson-red sunrises and sunsets. Skies worthy of the most beautiful postcards but carrying dangerous particles and pollutants such as carbon monoxide. So many greenhouse gases are released and transported thousands of kilometres into the atmosphere. This is not a new phenomenon, and in 2018, meteorologists found particulate matter levels much higher than normal in Europe, thousands of kilometres away from the Canadian fires that expelled them.

Particles expelled by the Australian fires are carried by winds to the Arctic, Greenland or Alaska where it is feared that they may contribute to the accelerated melting of glaciers and ice sheets.

In addition to all this, there is a final phenomenon that is still poorly studied by climatologists. This is what we could call the "El Niño effect" applied to mega-fires. This is the intuition of a renowned climatologist, the professor of atmospheric science at the University of Illinois, Steve Nebsitt.

He wonders in a tweet whether the heat and smoke from the Australian fires will change large-scale weather models and how global forecast models will respond. Steve Nesbitt thinks about El Niño. This is a heat source caused by abnormally warm waters in the equatorial Pacific Ocean. This heat source is significantly altering the global climate system. This has been known for a long time. Nesbitt se request ...if the mega fires in Australia aren't going to have the same effect. It is a strong source of surface heat which, like El Niño , can cause changes in global atmospheric circulations and weather patterns. Like a pebble thrown into a pool of water, the resulting waves ripple far beyond their point of impact.

It should therefore come as no surprise if there are increased climate disturbances in very remote parts of Australia due to the mega-fires that are taking place at the moment. The burnt area represents an area twice the size of a country like Belgium. The heat and smoke produced will not have effects that are confined to Australia alone. The butterfly effect could, once again, be true.

How the climate crisis has become our daily life

Latest articles from A LA UNE

Who will live, who will die? Coronavirus epidemic and triage medicine

For the majority of people, coronavirus infection will not have any

Usually, in these columns, we are not stingy with criticisms to