As always, with the giants of technology, it starts with a beautiful utopian vision. Changing people's lives, they promise. But very quickly, we realize the perverse and dangerous effects. This is exactly what is happening in Toronto, which wants to turn an entire neighbourhood of its city into a smartcity and has entrusted the reins of the project to Sidewalk Labs, a subsidiary of Google. On paper everything looks very nice, but in detail, the project arouses fears and resistance. A textbook case if we wanted to entrust our cities to the digital giants.

Intelligent traffic lights, heated bicycle paths in winter, robots to manage waste: Canadian authorities gave their approval in principle on Thursday October 31 to a controversial project for a futuristic neighbourhood in Toronto by a subsidiary of Google's parent company.

Alphabet's subsidiary Sidewalk Labs had contracted in 2017 with Waterfront Toronto - a public entity that brings together the City of Toronto and the governments of Ontario and Canada - to carry out the project. The project involves the redevelopment of Quayside« The project will transform a 5-hectare brownfield site along Lake Ontario into a state-of-the-art, sustainable neighbourhood built around digital technology and data.

A city full of Google-style innovations

True to the utopian rhetoric of the digital giants, Sidewalk Labs presented Quayside as the solution to everything from traffic congestion to rising house prices to environmental pollution. The proposal for Quayside includes a centralized identity management system, which "will allow us to each resident has access to public services "such as library cards and health care.

The project is very large and also includes driverless cars, "mixed" spaces that change according to market demands, heated streets and a "waste sorting with sensors". The final objective of the investment esteemed Sidewalk Labs' $1 billion goal is to bring these innovations to scale - first in one area of the City of Toronto and then globally. The idea for Sidewalk Labs grew out of Google's founders' enthusiasm for the idea of "bringing innovation to the world. everything we could do if someone gave us a city and put us in charge of it. « had said Eric Schmidt, former executive chairman of Google, when Quayside has been announced.

According to the proposed plans, the future district will be built in wood, will mix shops, offices and housing (including at least 20% of social housing) and is intended to be sustainable. Google plans to deploy a number of innovations there, including traffic lights that adapt in real time according to traffic, modular public spaces, heated bicycle paths in winter and underground robots for parcel distribution and waste management.

In addition, the neighbourhood will be equipped with sensors to collect different types of data on residents' behaviour, such as cycling and pedestrian flows, water consumption or garbage filling.

All right, but with caution

The board of directors of Waterfront Toronto voted Thursday to continue the project after Sidewalk Labs agreed to review its master plan, which had attracted much criticism. The vote paves the way for a formal evaluation of the project by the Canadian authorities as well as for new public consultations. A final vote is scheduled for March 31, 2020. « Let me be clear: this is not a final agreement. "said Waterfront Toronto Chairman Stephen Diamond in a news release. « There's still a lot of work to be done before a final decision " he added.

Sidewalk Labs had to make a number of concessions, notably on the scope of the project or the management of the data that will be collected. The subsidiary has also committed to further sharing with Canadian companies and Waterfront Toronto the fruits of the innovations and intellectual property that will be generated by the project. Google's New York-based subsidiary, Google New York, welcomed the green light for its project. « We are committed to Toronto and we hope to implement this project that will make housing more affordable, create new jobs and set new standards for a healthier planet. ", she reacted in a statement.

Concern about surveillance and private data of residents

Sidewalk Labs says its goal is to help better understand the dynamics of urban life and stimulate innovation, but the idea had raised concerns about protecting the privacy of residents. Faced with the outcry, Sidewalk Labs finally agreed to revise its master plan. The size of the project was reduced from 77 to 5 hectares, as originally planned. And any extension beyond " Quayside "will, if the project is successful, be subject to a competitive bidding process, according to Waterfront Toronto. 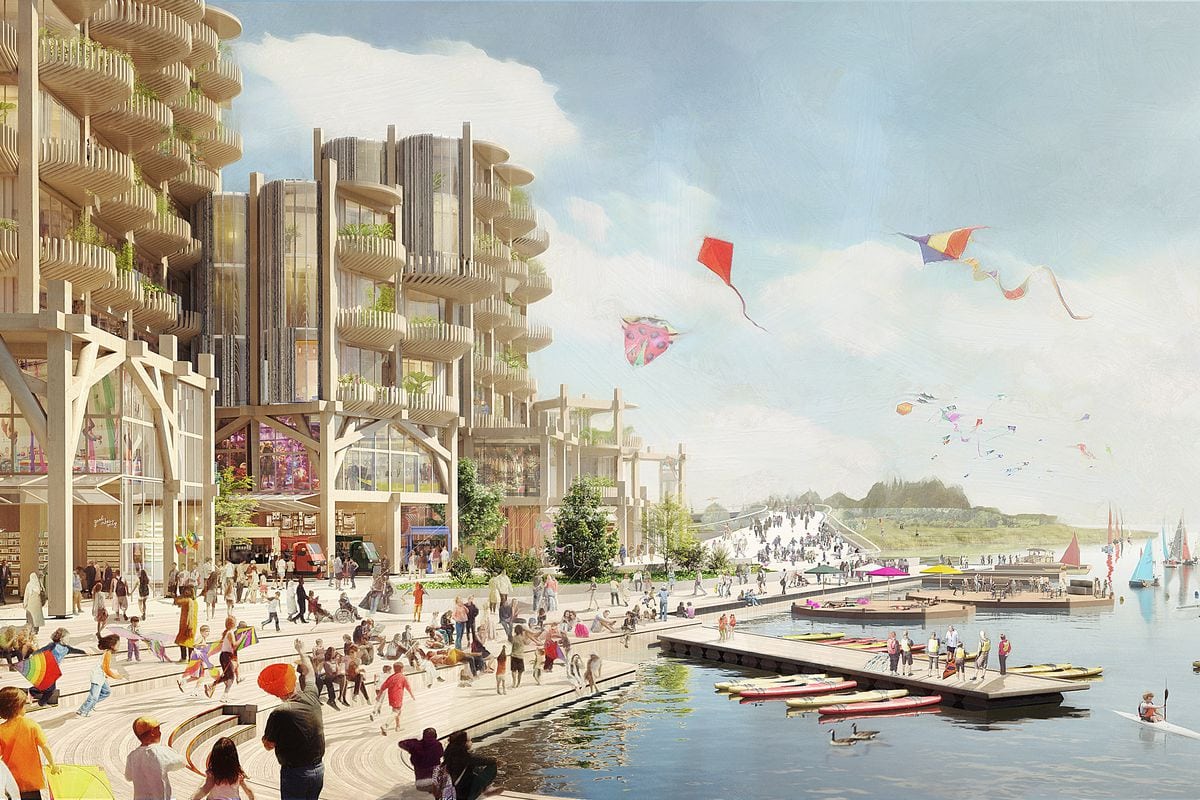 The other main point of discussion was the future management of data. From the outset, the public had expressed concern that an affiliate of U.S. giant Google might collect data from residents, seeing it as a privacy risk.

Indeed, until recently, Sidewalk Labs refused to say who would own the data generated by visitors, workers and residents of Quayside in what she calls " the most measurable community in the world ». The company also had not clarified, despite the pointed questions it asked at public meetings, whether and how information from park bench sensors, traffic lights and dumpsters would be monetized. Let us remember that the writer Evgeny Morozov summarized so Google's strategy: " Now, anything goes - unless someone complains... ». He wasn't entirely wrong.

To reassure, Sidewalk Labs had proposed the creation of an independent body to oversee the collection and use of data. This idea of a trust had not at all convinced or calmed the slings and arrows of those who resisted the project. In the end, Waterfront Toronto will be in charge of the digital governance of the project and all issues related to the privacy of residents. Thorben Wieditz, a member of the #BlockSidewalk citizens' movement opposed to the project, was pleased to see the public entity regain control of it. He hoped in passing that Sidewalk Labs " will realize that she is not the right partner for the City of Toronto, that she is not welcome in Toronto. ".

In Metz, a new work stages the fall of modern ideologies

The planet is overheating and some, like the climatologist Jean Jouzel,