Beijing has announced a "complete" ban on the trade and consumption of wild animals, a practice suspected to be at the root of the coronavirus epidemic that broke out in December in central China and now threatens the world with a pandemic. This announcement is good news for conservationists, but will need to be confirmed over time.

Beijing announced on Monday 24 February 2020 a complete ban on the trade and consumption of wild animals, a practice suspected to be at the origin of the coronavirus epidemic that appeared in December in the centre of the country and which now threatens the world with a pandemic according to the WHO. The Standing Committee of the Chinese Parliament approved the proposal to "abolish the bad habit of over-consuming wild animals and effectively protect the health and life of the population," reported CCTV state television.

However, the measure will still have to be definitively enshrined in law in a country where all kinds of wild animals, some of which are endangered species, are eaten with delight.

Yewei, the audacity of wild tastes 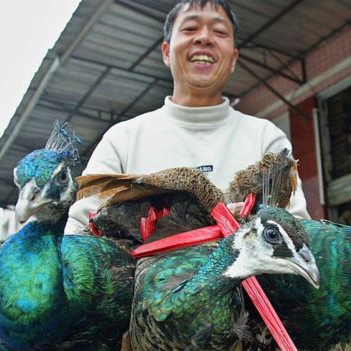 China traditionally has a huge appetite for wildlife products. Some animals are eaten for their taste, as a delicacy, while others are consumed as traditional medicine.

Restaurants in many parts of China are known to serve dishes such as bat soup (with the whole bat inside), soup made with tiger testicles, or parts of the body of the palm civet.

Fried cobra, braised bear paw and wine made from tiger bone are also on the menu of high-end restaurants.

Wildlife markets in the slums are home to rats, cats, snakes and many species of birds, including critically endangered species.

The term 'yewei' (literally 'wild taste' in Chinese) is a common terminology throughout China that culturally conveys a mixture of adventure, daring, curiosity and privilege, an investigator from a major international agency that has conducted several reports on wildlife trade in China told the BBC. 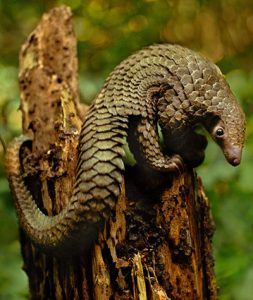 Wildlife products are also used in many traditional Chinese medicines, mainly because they are believed to have healing powers for a variety of conditions, such as male impotence, arthritis and gout. The demand for pangolin, a small mammal whose flesh is prized and whose scales are used in traditional Chinese medicine, has almost wiped out the animal in China; it has now become the most poached animal in other parts of the world as well. Some scientists believe it may have served as a vector for the transmission of the new coronavirus to humans.

The unsustainable use of rhino horn for traditional Chinese medicine is another example of how this practice has made the animal an endangered species.

Would the coronavirus epidemic mark a turning point?

Could this coronavirus outbreak be a turning point in the global effort to stop illegal wildlife trade and subsequently protect public health?

Experts say it is a daunting challenge, but the mission may not be impossible.

" We are in contact with wildlife species and their habitats that we didn't know before "Dr Ben Embarek of the World Health Organization's (WHO) Department of Nutrition and Food Security told the BBC. « We therefore have a number of new diseases linked to new contacts between humans and previously unknown viruses, bacteria and parasites. ".

A recent analysis of the approximately 32,000 known species of terrestrial vertebrates showed that about 20 % of them are bought and sold on the world market, legally or illegally.

This represents more than 5,500 species of mammals, birds, reptiles and amphibians.

The illegal wildlife trade is estimated at approximately $20 billion and is the fourth largest illegal trade after drugs, human smuggling and counterfeiting.

" This health crisis should serve as a wake-up call... " hopes the World Wildlife Fund (WWF) in a statement, " for the need to stop the unsustainable use of endangered animals and their parts as exotic pets for food consumption and for their perceived medicinal value ".

However, the Chinese government has made it clear that the ban will be temporary.

" The breeding, transport or sale of all wild animal species shall be prohibited from the date of the announcement until the national epidemic situation is over. "said a directive issued jointly by three government agencies.

It should be remembered that Beijing announced a similar ban during the SARS epidemic in 2002.

But environmental organizations say that a few months after these announcements, the authorities have shown leniency and the wildlife market has rebounded in China.

What will happen in the long term?

" We applaud this ban, which shows that the Chinese government is determined to change a thousand-year-old tradition that is totally inappropriate in today's society. " Jeff He, China director of the International und for Animal Welfare (Ifaw), told AFP, adding that an even stricter revision is in preparation. "Because with the second health crisis of its kind in 17 years, after the Sras, I think the government has realised that the cost to the economy and society far outweighs the benefits of this trade. He continues, "but emphasizes that stopping the wildlife trade must be a joint effort of the international community.

Peter Knights, Director of the international NGO WildAid, which fight against wildlife trafficking, also awaits the sustainability of the Chinese decision: " All this is very necessary and sensible, the only question is: what will happen in the long term? ".

For him, the stakes now go beyond animal protection alone: there is obviously something much greater at stake, human health and massive economic damage. But a large-scale and confirmed Chinese ban could change the global situation: " We hope that China can lead the way in a global ban on these markets and use its influence and capacity to help, especially in Southeast Asia and Africa, where wildlife consumption remains widespread. ".

"This is a warning, and if we hear it, I hope we can not only protect human life but even save endangered species.Ivonne Higuero, Secretary General of CITES, the international convention that monitors international trade in endangered species, welcomes the Chinese announcement if it means that China will take stronger measures to meet its obligations under the convention. Indeed, there is a lot of wildlife trafficking to China, she said. And a drying up of the Chinese market would therefore be beneficial: Removing what motivates these often international criminal organizations is exactly what is needed. If there are no more buyers, why go on?

Environmental activists in Africa, one of the reservoirs of biodiversity and the source of many trafficked animals, are also closely observing Chinese developments. Dr Andrew Muir, head of the South African NGO Wilderness Foundation Africa, considers that the Chinese decision is a positive step in the face of biodiversity loss and the number of species that are disappearing.

He hopes that this measure will allow wildlife to be left alone in the wild to be part of the ecosystem. He summarizes the current situation caused by the outbreak of the coronavirus outbreak: " If we don't eat the wild beasts, they won't hurt us. ".

A law to protect the sounds and smells of the countryside