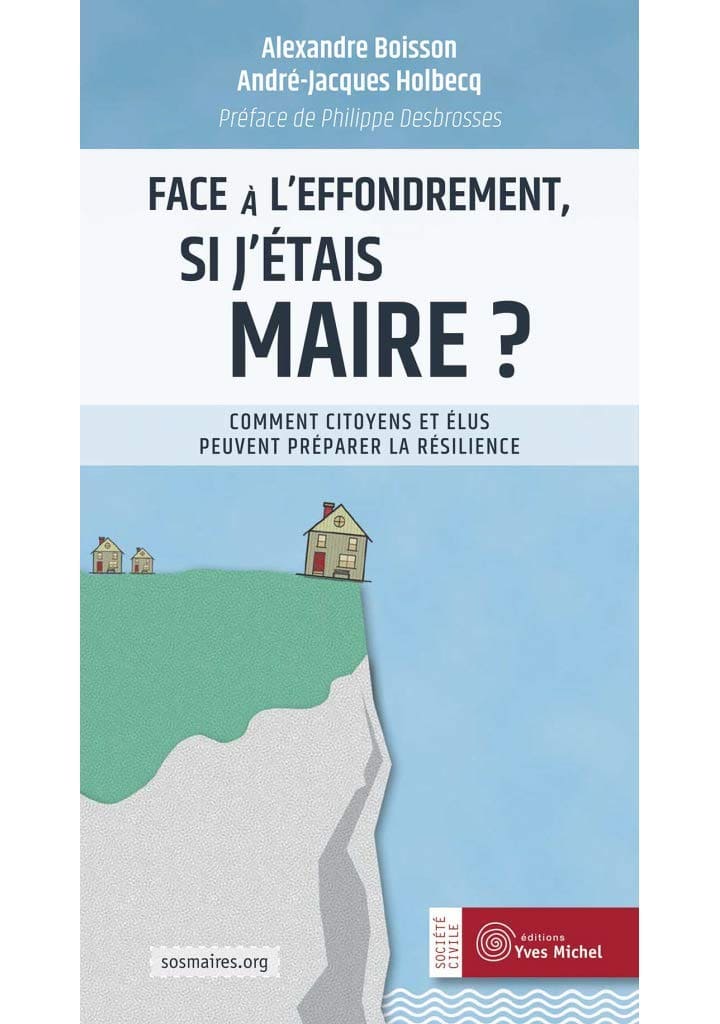 According to Alexandre Boisson and André-Jacques Holbecq, the probability of a future collapse is close; they develop the many causes of this. Geopolitical, financial, economic, social and ecological crises and the disorganization of distribution networks: where will the first symptoms come from?

But if there is a problem, who are the citizens going to turn to? To their mayor! This is why it is prudent to prepare for autonomy and resilience.

Faced with the collapse, if I were mayor? is a warning to elected representatives - in particular mayors and councillors of rural municipalities - and to citizens: how can the autonomy of vital municipal services be organised and, without expecting anything from the State, made as resilient as possible? In the course of the pages, the authors develop ideas for local autonomy, among others, the supply of water, food, energy and health services, with very concrete annexes.

Malraux said: "The 21st century will be spiritual or it will not be. "We fear the second alternative is the more likely.

The possibility of a collasp settles daily in the reflections of our fellow citizens and imprints itself in their consciences, to the point of pushing some to anticipate the consequences of the event. The signs of a shift to another socio-economic, cultural and political dimension are obvious. They can be seen every day in the news and in the initiatives of the younger generations who reject the old paradigm and innovate according to their hearts ...

We are facing a realignment of cold reason and opportunism on the intelligence of the heart, the only intelligence that can allow us a salutary and united impetus to save life on Earth in its diversity and infinity.

Alexandre BoissonA former police officer who worked for the President of the Republic's Security Group, he has honed his knowledge of protection to put it to work for the benefit of his fellow citizens. He is in great demand to give conferences and accompany municipalities in the face of change.

André Jacques HolbergThe "citizen economist" has been very involved in citizen think-tanks for many years. He is the author of several books published by Yves Michel.

Facing Collapse - Advocating in the Shadow of Disaster

Is the book environmentally friendly?