Farmers, cooks, craftsmen, intellectuals, scientists, artists, ..., all actors of food democracy, or simply citizen-eaters, are invited to meet on the fringe of the official agriculture fair. On the initiative of Alimentation Générale, KissKissBankBank, la Ruche Qui dit Oui! , as for the other editions, the festival Sortons l'Agriculture du Salon wishes to create the conditions for a collective dialogue around convivial meetings - even completely informal and unpretentious - in different places that are committed to more sustainable agriculture and food, more respectful of people and the planet.

Sortons l'Agriculture du Salon is the idea of a group of researchers, philosophers, lawyers, and journalists who formed in 2017 around Michel Serres' Manifesto for an Agricultural Exception and whose magazine Alimentation Générale is a stakeholder. They felt it was necessary to create a space for dialogue for those involved in food democracy in order to exchange and collectively think about long-term actions. With one wish: that Sortons l'Agriculture du Salonwill enable us all to move in the direction of the necessary change and to set up concerted and complementary actions.

Edition 4: Citizens come to the table

For more than sixty years, citizens have left the care of their food to "professionals". Farmers, breeders, food manufacturers and distributors have thus surfed on a domination of supply over demand, taking advantage of the development of marketing and advertising techniques where the consumer was reduced to the sole role of buyer at the best price. Passivity suited this consumer! Having everything, all the time for not too much money, had thus gradually blunted his critical sense, had distanced him from his relationship with the land to the delight of the food industry.

And then several small links in the food chain began to crack and make him doubt himself, starting with his questions about the consequences of what he was swallowing on his health. The constant increase in various diseases, the uncertainties about pesticides, GMOs, preservatives, the inconsistency of information about processed products, about where they come from, the uncovering of the consequences of intensive animal husbandry on the treatment of animals and the various food scandals have, in the space of a few years, transformed our passive and content consumer into an active and angry citizen. Admittedly, the anger that leads to the ransacking of butcher shops or farms is not one to make things move forward, quite the contrary, but it is a sign of exasperation, of the end of an era.

Citizens are taking back power from their plates, and that is good for human beings. Nevertheless, sixty years of extensive food policy cannot be wiped out with a wave of the magic wand and the time is still ripe for the chaos of an ancient world that is disappearing without a new organisation.

For this fourth edition of Sortons l'Agriculture du Salon, the organizers thus wanted to highlight the many citizen initiatives, those that, taken individually, look like drops of water in a list that is too long of new policies to implement, but which, cumulatively, are beginning to build critical mass and sketch out what could be the general economy of a healthy and sustainable diet of active and vigilant citizens.

The programme of this edition is vast: a simple citizens' meeting with debate in a café, a film screening, a visit to shared farms or gardens, an exhibition, the presentation of inspiring initiatives and startups, a farmers' market, cooking workshops with your grandmothers, a party with your farming neighbours, a meeting in your living room ... etc. It's all a pretext at Sortons l'Agriculture du Salon! 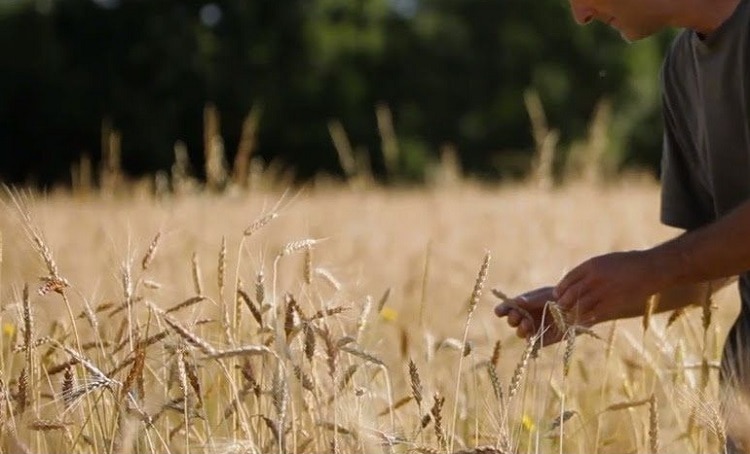 A national edition - A collective festival

The event, which in its first editions was centralized in Paris, mirroring the Salon de la Porte de Versailles, has no vocation to remain Parisian. Sortons l'Agriculture du Salon is a collective festival that relies on a set of structures, ideas, and initiatives that move towards a food transition. Its role is to federate, centralize information and communicate all the initiatives in favor of a food transition developed during the week of the Salon de l'Agriculture at the Porte de Versailles.

The Manifesto for an Agricultural Exception

The first edition of Sortons l'Agriculture du Salon was based on the writing of the Manifesto for an agricultural and ecological exception. This Manifesto remains their basis for reflection. It allows them to unite, despite their differences, around ideas that bring them together. It is possible to sign this manifesto on the website of Alimentation Générale.

Remember, the farmer is your foster father.

Without peasants, no human would survive. The peasant is the nurturing father of humanity. He occupies an exceptional position in the human condition. No professional is comparable to him. However, an injustice, (...), today pushes the peasantry to ruin, when no one could do without it.
(Excerpts from Michel Serres' Manifesto).

As Micel Serres points out, "It is becoming necessary to rethink the agricultural exception. This can probably only be done by rethinking agriculture itself, i.e. by opening up the panorama of diverse ecologically oriented agricultures more widely and by incorporating the agricultural economy into an environmental and social complex that is politically governed in the general interest from the local to the international level. The agricultural exception is the first step in the advent of more equitable societies and a more global symbiosis with nature (natural and civilizational contract). "

See all programming – From February 22nd to February 1ster March 2020

Revolution(s) in the kitchen(s): the future of sustainable catering in change

Would the bio boom make a splash?