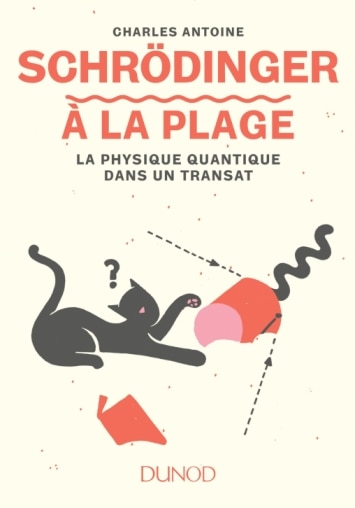 Phy has quantum physics changed our view of the world? Born almost a hundred years ago and popularized by the undead cat thought experiment ofErwin Schrödinger (Nobel Prize in Physics in 1933), quantum physics has literally reinvented reality, shattering all our certainties.
The book begins with this mischievous warning: "What you're about to do is dangerous. Penetrating the strangeness of the quantum world is a fabulous journey from which one does not emerge unscathed... »
It is a world where mysterious cats are both dead and alive, where mischievous mice make the moon exist just by observing it, where certain interactions take place outside of space and time, where a thing can be in two places at once and go from one place to another without passing through any intermediate place ...
It is also a world where everything is only probabilities and imaginary waves, where matter reveals itself to be only ephemeral vibrations in perpetual re-creation, where the so misnamed "emptiness" is filled with prodigious energy, where the infinitely small intertwines with the infinitely great, where parallel universes multiply at will, where the absurd rubs shoulders with the divine...
So sit back in a deckchair or on the beach and let Charles Antoine tell you about the strangeness of the quantum world. But beware, if the trip is fabulous, you won't come out unscathed.
Born at the beginning of the 20th century, quantum physics describes a bizarre world, that of the infinitely small, and its effects on our scale are still poorly understood. Erwin Schrödinger is an emblematic figure. He was involved in almost every key stage and his equation describing the evolution over time of a particle, criticized by Einstein who thought that God does not play dice, has become one of the pillars of quantum mechanics. Today, quantum physics is everywhere in our daily lives, from smartphones to GPS and medical imaging. Tomorrow it will offer us new applications, such as quantum computers and teleportation.
Charles Antoine is a lecturer at the Pierre and Marie Curie University (Sorbonne Universities), in the laboratory of condensed matter theoretical physics. He is already the author of several introductory books on quantum physics and relativity.
Share
Tweet
Share
WhatsApp
Email
Print
Login
0 Comments
Inline Feedbacks
View all comments
Previous article

Misuse of science - Being a scientist at the time of liberalism, by Jean-Marie