Some kids have everything, some kids have almost nothing. In France, as in other countries, not everyone experiences confinement in the same way, of course, so great is the diversity of the regions. Many, well housed, will see family ties grow stronger. Others, large families in small spaces, wait with anguish to escape. To relive. With or without a virus.

First, there are the little ones. The ones who didn't ask for anything, to whom we didn't say anything, whom we sometimes didn't see, and whom we don't want to hear. They have felt your fears, they have heard your words, sometimes even swear words, and deep inside themselves, a nucleus has formed, which will grow noiselessly, and one day will come out, will burst into the open. And then they will say. They won't know what to say, but they'll say it anyway, because we can't always be little ones.

And then, there are the least little ones, those who are quite happy to do like the grown-ups, to wash their hands well, to show that with elbow, they know the inside, and that before sneezing, they can find it. For the past one or two years, in nursery school, they have been looking for their place, the one they were given. You are congratulated, hugged, cajoled when you do the right thing, when you sit on the bench and listen to the story and sing the nursery rhyme. They had to learn to live with others, with those who are not their daddy, their mommy.

Today, there are two clans: those who still wanted to remain little ones, and did not like to leave their mother in the morning. Those are the happy ones.

And those who thought they were great, with their own lives, who already discovered, learned, grew. They are waiting for the place they were given back. Giving and taking back is worse than stealing.

And then there are the means, those of the big school. They have already understood that there are those who know, and those who don't, but that their life now is school.

Of course, it's hard for them to be good students. But the teacher sees them. She talks to them, she helps them. There's a place for everyone. And there are the rules, which are the same for everyone: if we respect the rules, they will respect us, just because we are there, and we are students. Above all, there are the others. Friends. Friends. And the teacher too, sometimes, who will forever remain the one who has allowed us to advance, to exist as students.

In fact, there are not two clans, but three. The third are small, medium, large and almost large, those who cannot defend themselves. The ones at home are always in danger. They don't know why, but they are always waiting for the blow that is about to fall, or for dinner to be missed, or for no kisses. For those, and for those who are accused of not eating in the canteen, school is a shelter, a real one. They, too, are waiting. And there is fear. A fear that has nothing to do with the parents' fear, with the virus. They can't say it, no one would hear them, but they fear for their lives, that's all.

Home schooling isn't very easy. It's even less easy when there are grown-ups who need the computer. They also need parents to make distance learning work. The parents' time is not stretchable, their patience even less, even if they make a lot of efforts for "pedagogical continuity". If they are teleworking, after a while it becomes very complicated, their children's school, home schooling. And what about us, the little ones? We mustn't run, we mustn't shout. Sitting in a corner, in front of a screen, we look at ourselves, and it often frightens us too much, what we are looking at. And no one to say it. They're all busy, so it's best to keep quiet.

For there are the great ones, with the almost great ones, those who are cut off a part of themselves: their friends. Without the group, they are fragile. All the same, for the past two months, they have been willing to work. Because it's important, the certificate and the baccalaureate.

The teachers gave it their all. They invented, phoned, talked, explained, tried everything. They went to the parents. They too gave everything. They admitted that you can't improvise yourself as a teacher. Quite simply, they recognized the teachers.

Thanks to the containment, and thanks to the students, the school and the home have become closer. For parents, now, school is a voice, a laugh: someone. And for teachers, parents are no longer the ones who judge the quality of their work.

The holidays came, which were not normal, because after the holidays there was no school, and no one really wanted to start living only on the screen again.

Until when? Knowing nothing generates anguish, tension, violence. Since we're confined, even if we don't work, we can't do anything. A date has fallen. We needed a date, not to be sure, we don't know anything at all, but to be able to dream, to have plans. Our leaders will search, will find, will change, will make mistakes, will say and not say, but will organize.

As for us kids, what are we going to do? Are we going to continue being packets, not being able to say where we'd rather go? We have all understood where our interests lie, and the interests of others, especially the older ones.

To resume the class, all the students have ideas. If you ask us, we can help you who don't know how to deal with us. We want to be actors, not just tokens.

We understood that this virus was there and would never leave. We'd have to deal with it, reinvent everything. And for that, we're ready.

Because we are ready to do anything to find our life and our place in this life and in the lives of adults. So, it would be nice if we were asked for our opinion and it would be taken into account.

Maybe our friends too had to keep quiet, be afraid and cry, feel trapped, not just at home. Locked in themselves. It would be nice to be in class and to be able to talk, tell stories, exchange ideas. Surely the teacher, or the teacher, so that we could work, would help us to tell all this first.

It would be nice not to miss another year. Thanks to this confinement, we can hope that our future life will no longer be cut in two, but that we and teaching will remain a living, and carrying hinge between parents and teachers. 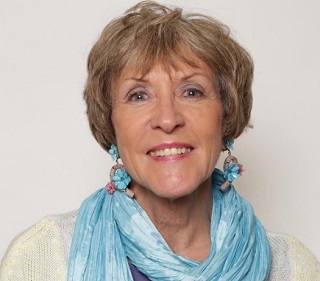 Fascinated by the other and her right to be different, Élisabeth GODON participated in the implementation of the psychiatry sector in French Guyana, before going to teach in Cameroon, Guinea, Vietnam, and in the ZEP in Paris, and later became a school psychologist. Throughout her career, she has developed and experimented with methods aimed at helping her PTA students escape from a logic of violence and uneasiness by restoring the child-parent-teacher relationship.
Author of " Where are my students now? "Alopex Editions, March 2020 - Alopex Editions, March 2020 - Preface by Jean-Michel Blanquer.

How to respond to school drop-out? By an outdoor summer!

How to raise children resistant to the climate crisis?

Latest articles from Education and Knowledge

How to raise children resistant to the climate crisis?

Climate-related disasters are on the rise, and emissions of

How to respond to school drop-out? By an outdoor summer!

To respond to "dropping out", young people must be allowed to express their feelings about their schooling.

Letter to my grandchildren

Major groups' hand on the university