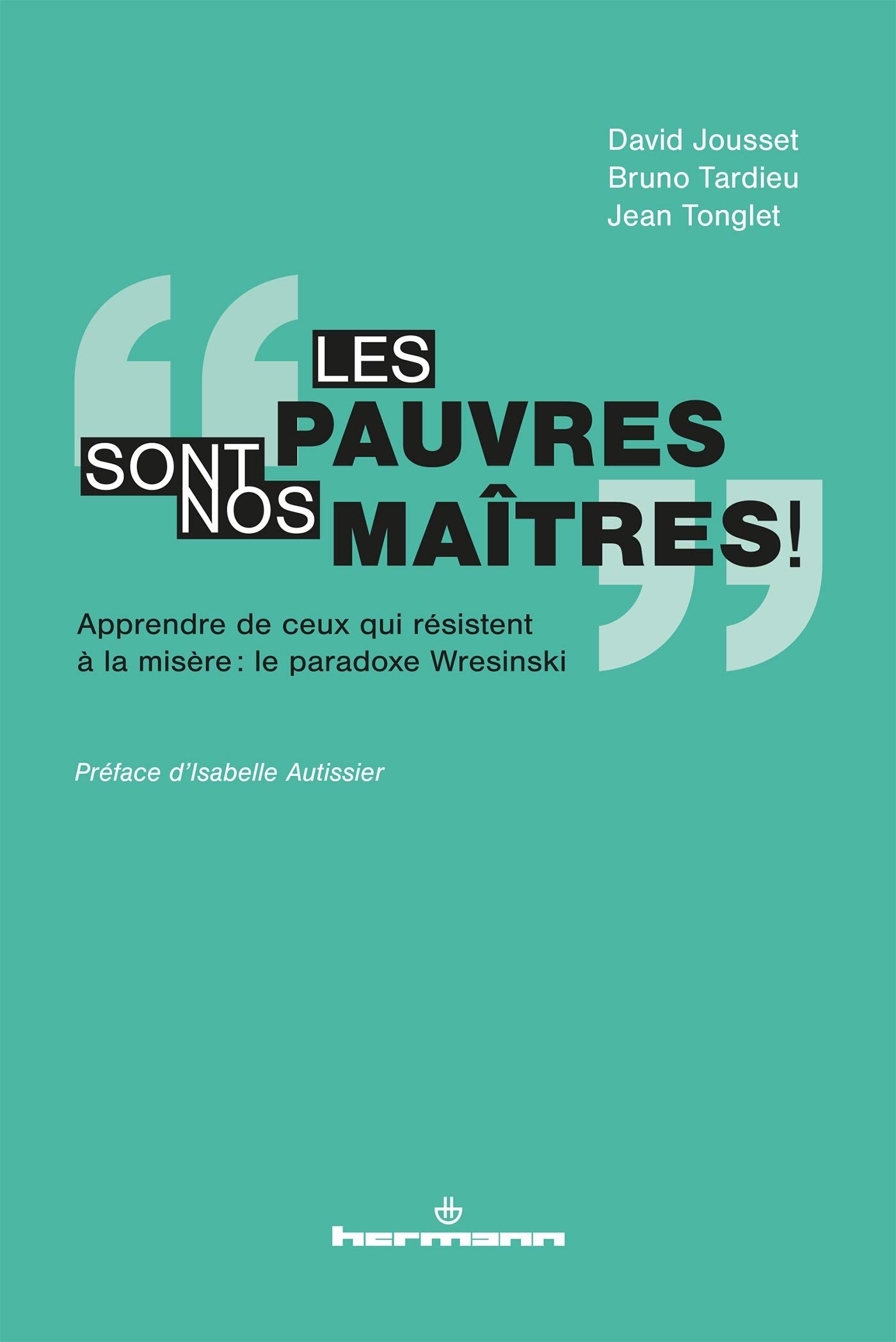 The poor are our masters! - Learning from those who resist poverty: the Wresinski paradox, by David Jousset, Bruno Tardieu and Jean Tonglet - Preface by Isabelle Autissier - Edition Hermann, October 2019 - 208 Pages

At the beginning of the 21st century, we are facing major challenges. Poverty is one of those challenges that persists and continues to destroy the lives of millions of people. Yet humanity is depriving itself of the encounter with those who resist it.

Joseph Wresinski (1917-1988), a fighter against this misery and founder of the international movement ATD Fourth World, confronts us with a paradox: from those who resist misery, we have, above all, to learn. The poor are our masters! But can we learn anything, can we expect anything from the poorest?

This book, with a deliberately provocative title, tells a little-known story, deconstructs the thoughts that prevent living together and proposes transformative attitudes. To know in order to love, to love in order to know; to take the poorest as a measure of common progress; to cross knowledge; to recognize that every human being, without exception, thinks and has an irreducible share of experience: these are the challenges to which we are invited. To learn from those who resist misery in order to build, together, a humanity "free from terror and want", as the preamble to the Universal Declaration of Human Rights calls us.

Successively tackling the historical genesis of Wresinski's thought, its intellectual deployment and its impact on our ways of acting and engaging ourselves, this book forcefully asserts that misery and its persistence are not inevitable, that they can be fought against and that the ideal of a world free of terror and misery is more than ever the only possible horizon for our humanity.